On Friday, May 19th, the Obetz Police Department and the staff of Hamilton Local Schools played their third annual breast cancer awareness game! Much like previous years, students filled the gym with their pink gear to watch their teachers face off against the OPD. If you remember back to last year, Terence Dials was sworn in by Chief Confer and made him an honorary member of the OPD for the day! This year, Scoonie Penn was made an honorary member and suited up for Obetz!

Scoonie played for the Ohio State basketball team from 1998 to 2000 where he played guard. In the 1998-99 season, he was the Big Ten co-Player of the year and helped lead Ohio State to the NCAA Final Four that same season. He was also First-team All-Big Ten in 1999 and 2000. Scoonie ended his career at OSU as the college’s all-time leader in three-point field goals made.

The game becomes more and more exciting to watch every year, and this year did not disappoint. It was the highest scoring game yet, and it ended in a tie for the second straight year! The final score was 60-60.

Obetz would like to thank Hamilton Local Schools and everyone involved for making the game possible and helping raise money and awareness for the cause. 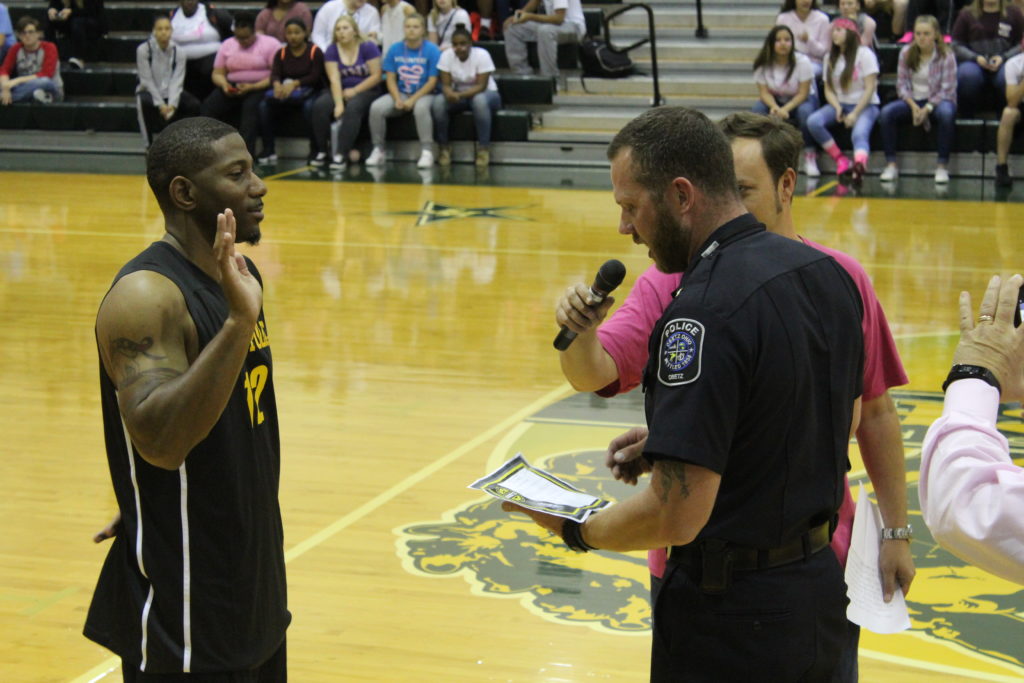